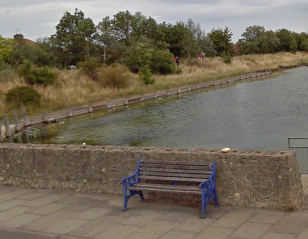 Officers attended at 9.30am this morning, following a call from a member of the public.

Police Forensic and Marine Unit teams were called to the scene, with a white tent being erected on the canal bank to assist in the investgation.

*** UPDATE*** Police have, this afternoon, confirmed that a formal identification of the body is now being undertaken and that their enquiries are ongoing.