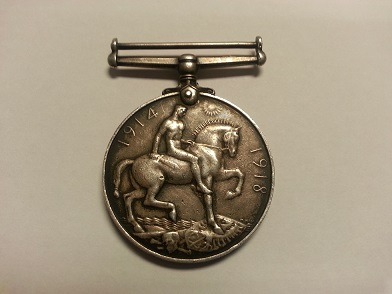 Kent Police is asking for the public's help to reunite a war medal with its rightful owner.

Officers recovered the medal, which is suspected to have been stolen, in the Sittingbourne area on Monday (3rd November).

PC Paul Blundell, of Kent Police, told SFM News: "Officers are making enquiries to find out who the war medal belongs to. It is likely the medal has a huge sentimental value to someone across Kent or the south east, and it would be nice to reunite them with it in time for Remembrance Sunday. An image of the medal has also been placed on the ‘Is Iit Yours' section of the Kent Police website. This new section helps reunite victims with suspected stolen property that has been found or seized. I would encourage all victims of burglary and theft to monitor ‘Is it yours' to see if any of their property has been recovered. We regularly seize items that we believe are stolen and we carry out enquiries on our own databases to see if we can identify the true owner. However, this isn't always possible, and I hope that ‘Is it yours' will be successful in returning items to many victims of crime. Kent Police is mid-way through a three-week campaign to raise awareness of burglary and offer crime prevention advice to residents to help them avoid becoming a victim of crime. Teams of officers are targeting offenders of burglary to disrupt their criminal activity and put them before the courts, and to reunite victims with their property."

If you think the war medal belongs to you, or you know who the owner might be, please contact PC Paul Blundell at Kent Police by calling 01795 419224. If you can confirm any unique markings on the medal it can be returned to its rightful owner.