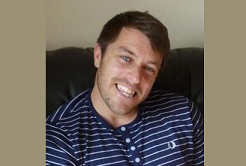 An inquest has found the death of former Sittingbourne teacher, Carl Davies, whose body was found on an Indian Ocean island almost 10 years ago, was "unlawful killing".

The coroner ruled today (Wednesday 6th January) that  the cause of death was "serious cranial injuries" following a “vicious assault” on the 33-year-old, whose body was found in a storm drain near Lambert Barracks on the Island Of Reunion on the morning of Wednesday 9th November 2011.

The inquest heard how Carl, of Harrier Drive in Sittingbourne, had completed tours of both Northern Ireland and Iraq whilst in the British Arm and has been tipped for a commander's role before venturing into teaching.

Concluding the inquest coroner Patricia Harding said: "Carl was subject to a vicious assault, with the assault carried out by a blunt instrument and screwdriver. Sadly we will never fully know what happened to poor Carl Davies on that fateful night. I want to the family to know how very sorry I am for their loss."

Speaking to SFM News after the conclusion Carl's father, Andy Davies, emotionally thanked the continued work of Kent Police saying: "I just want to express our gratitude and thanks to them for their work. When everyone else around us was failing they remained excellent and professional at all times."

For more information on their campaign for justice please click the You Tube links below:-