Traffic Chaos As The Town Is Hit With Flash Floods 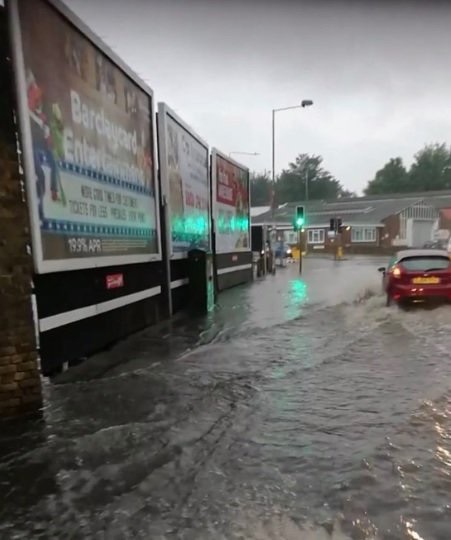 Parts of the M2, A249 and A2 are submerged in water following heavy downpours and thunderstorms earlier today.

A249 remains closed in both directions between M2 Junction 5 (Sittingbourne) and M20 Junction 7 (Maidstone). Highways England expect this to be in place until tomorrow morning.

UPDATE: Stockbury, A249; Is closed both ways between M20 J7 & M2 J5 due to flooding. There is flooding, fallen trees and land slides onto the carriageway. With more rain expected in the coming hours the road is unlikely to be re-opened before tomorrow.: https://t.co/LIM7XUtkaJ pic.twitter.com/RO0TGhIOQv

Follow the hastag on Twitter (#SFMTravel) for the latest and don't forget to tune into Pete Flynn In The Morning tomorrow morning from 7.00am for the latest traffic and travel updates.