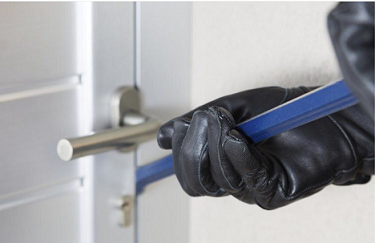 Officers also received a report of burglary on Friday 16th December in Periwinkle Close, Sittingbourne, where it was alleged that between 3.45pm and 8.30pm a house was broken into where various items, including watches and rings, were stolen. Officers believe the front door was used to gain entry.

Tool marks were also reported to have been found on a front door in Lavender Court, Sittingbourne at 12.17pm on Wednesday 14th December where it is believed a person attempted to gain entry into a property.

Officers also received a report lastn Tuesday (13th December) where tool marks were also found on the front door of a property in Harrier Drive, Sittingbourne. Police believe that a person attempted to enter the property between 5.00pm and 7.30pm.

Investigating officer PC Chris Jones told SFM News: "we have received a number of reports recently where suspects have used front doors to attempt to, or be successful in, gaining entry into properties. I would like to remind residents to double (or triple lock their doors) to avoid them being ‘popped' open and to ensure windows are also locked with a key".

Residents can help to keep their property safer by following the tips below:

• Always lock front doors with keys and do not just push the handle up
• Keep keys, cash and expensive items out of view
• Use timer switches on lights and radios to make homes look occupied
• Keep gates locked and boundaries secure
• Lock away bikes, tools and garden items which could be stolen or used to break into homes.

Anyone with information about the incidents mentioned, or anything else, can call Kent Police on 101.

Alternatively they can contact Kent Crimestoppers free (from any landline) and anonymously on 0800 555 111.