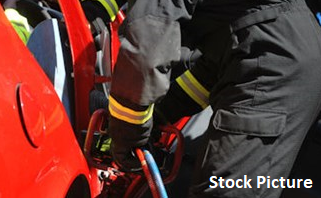 This collision followed the incident on the A249 overnight, which was shut northbound between the A2 Key Street Roundabout and the B2005 Grovehurst Road for most of the morning. Kent  Police were carrying out investigation work on the collision between a car and van, which happanned at around 11.50pm last night.

It's believed that a man and two women were rushed to hospital with serious injuries and that a man was arrested at the scene on suspicion of drink driving following the incident.