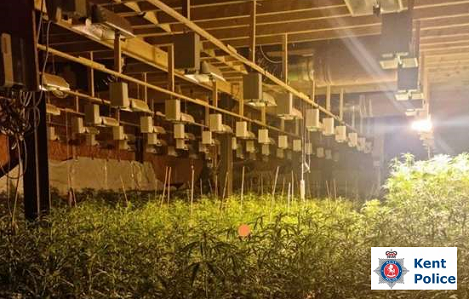 It is understood that parts of Leydown were without electricity for a large part of Friday evening whilst UK Power Networks dealt with disconnecting supply to the cultivation.