'Stub It Out' Warning After Local Flat Fire 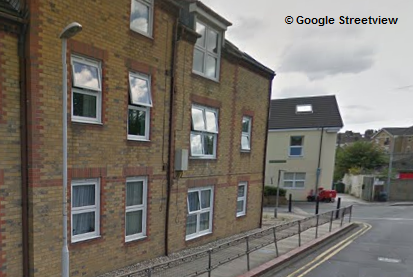 Firefighters wearing breathing apparatus (BA) went into the building, while other crew members pitched a 10m ladder to the second floor flat and Sittingbourne Watch Manager, Neil Ryder, climbed up to speak to a woman trapped in her home due to the heavy smoked-logging in the communal stairway.

Neil told SFM News: "I asked her to stay away from the front door, to close the door of the room she was in and put something along the bottom of it to stop smoke getting in such as clothes, cushions or bedding. Also to open and stay by the window to allow fresh air in and that as soon as the fire was dealt with we would come and get her."

Meanwhile, the BA team extinguished the fire using a high pressure hose reel, then cleared smoke and fumes from the property with a positive pressure ventilation fan. The woman, thought to be in her 30's was then brought to safety.

The fire is believed to have been caused after the occupant of the first floor flat fell asleep while smoking. The fire caused damage to a sofa and surrounding items as well as severe smoke damage.

Neil added: "Fortunately the man woke when he did as the smoke alarm in his flat wasn't working. The alarms in the rest of the property all sounded giving other occupants the early warning needed. However, this fire highlights the serious consequences of not extinguishing cigarettes properly. People need to be aware of the risks of smoking in the home and how easily this leads to fires. If you choose to smoke indoors, please make sure cigarettes are stubbed out properly and that you have a working smoke alarm."

Fire crews will be visiting neighbouring properties today to provide free home safety advice but if you or someone you know would benefit from free fire safety advice or a home safety visit from Kent Fire and Rescue Service, email: enquiries@kent.fire-uk.org or you can call 01622 692 121.