Statement Regarding HRH Duke of Edinburgh 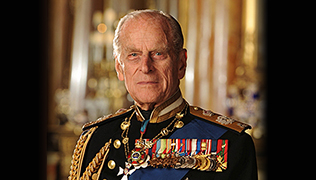 Following the death of His Royal Highness the Duke of Edinburgh earlier today (Friday 9th April), a Statement has been released by Cllr Paul Stephen, The Mayor of the Borough of Swale.

The Worshipful Mayor said: "It is with enormous sadness that we learned of the death of His Royal Highness the Duke of Edinburgh, and I would like to express our sincere condolences on behalf of Swale Borough Council and the people of the Borough of Swale to Her Majesty The Queen, and the entire Royal Family. For so many people here in Swale, across the United Kingdom and around the world, it is impossible to imagine the Royal Family without His Royal Highness the Duke of Edinburgh. To us, he has been The Queen’s constant companion since the middle of the last century, but in reality, he was much more than that".

"He was a husband, a father, a grandfather and a great-grandfather. Our own sadness at his death is nothing compared to the sense of loss felt by his loved ones. As a mark of respect, flags are being flown at half-mast across all council buildings, and arrangements are being made for people to share their condolence messages to allow them to pay their respects."

There is an online book of condolence if you wish to pay your respects, which can be found at www.royal.uk.

A book of condolence is being opened at Swale Borough Council's offices at Swale House, East Street, Sittingbourne between 10am and 2pm Monday to Friday.

They will close for archiving at 5pm on the day after the funeral.

The condolence books will be archived at the Kent History and Library Centre, once they have closed.

Tributes can be laid at:

Tributes will be removed on the day after the state funeral. Any written cards or messages will be added to the official books of condolence and flowers will be recycled.

Other items, including soft toys, photographs and artificial candles will unfortunately have to be disposed of. If people want to keep them they should collect them by the end of the day of the funeral.

As a mark of respect, flags are being flown at half-mast across all council buildings during the period of mourning before the state funeral , when they will be returned to full mast for 1 day after the state funeral.