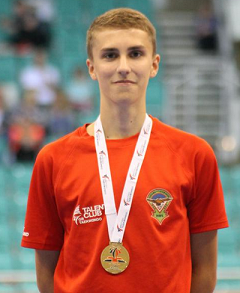 He began training in January 2008 at the age of seven and started competing a year later. Will was awarded his Black Belt in July 2012 and regularly appears on 106.9 SFM.

Congratulations from us all Will !!