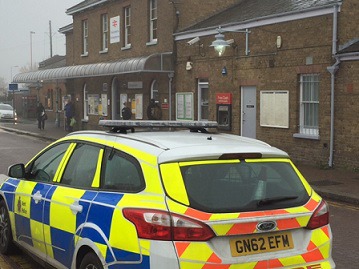 Southeastern services into Victoria and St Pancras from Sittingbourne station were hit by major delays during this morning's rush hour, after an incident at the station just after 8.00am.

It is believed that a teenage girl fell from Platform 2 at the station in front of horrified commuters. One person tweeted: "Very very sad what's happened at Sittingbourne train station my other half saw it happen right in front of her now she's in shock." Stephen Meadows on Twitter also added: "Thoughts are with the girl who fell on the lines today at sittingbourne station & her family @Se_Railway staff were fantastic #Sittingbourne."

In a Statement British Transport Police, who are leading the investigation, told SFM News: ""Our officers were called to Sittingbourne rail station [earlier], to reports of a person on the tracks. Officers attended the scene alongside colleagues from Kent Police and paramedics from South East Coast Ambulance service. A woman was taken to hospital. Officers are now looking to establish the circumstances surrounding the incident."

Services are now running to and from the station with long delays, especially to coastbourne services - for the latest please follow our Twitter feed on the Main Page or @SFMRadio on Twitter.