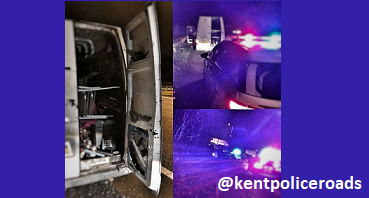 Following further enquiries, officers searched a home in London and arrested three more people in connection with the incident.

Four of the seven have since been charged with burglary: Ionel Murui, 28, Costinel Tanase, 29, Vader Tanase, 31, all of Revell Rise in Plumstead, London SE18 and Florin Iliuta, 27, of no fixed abode.

All four were remanded in custody to appear at Medway Magistrates Court today (Monday 15th January).