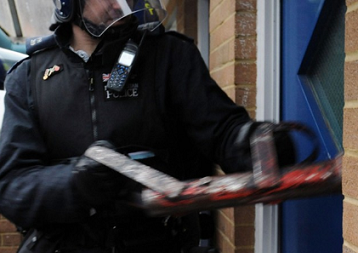 The first address to be targeted was in Swanstree Avenue, Sittingbourne, where officers found 21 cannabis plants in the garage connected to the property. A quantity of cash was also seized along with various other drugs paraphernalia. A 28-year-old man was arrested on suspicion of abstracting electricity and producing cannabis, and a 23-year-old woman was arrested on suspicion of supplying a controlled drug.

Officers also targeted another property in the same road and 27 cannabis plants were found in the garage. Police also found what appeared to be pill-making equipment, and a safe which appeared to contain further drugs. A 25-year-old woman and a 27-year-old man were arrested on suspicion of cultivating cannabis and possession with intent to supply cocaine.

A property in Broom Road, Sittingbourne, was also targeted by officers. During the search officers found a tub containing bags of white powder. A 55-year-old man was arrested on suspicion of possession with intent to supply class A drugs.

A search was also conducted in Peel Drive, Sittingbourne, where officers found several bags containing what appeared to be herbal cannabis. Scales and empty small bags were also found. A 29-year-old man was arrested on suspicion of possession with intent to supply cannabis.

Police also searched a property in Hythe Road, Sittingbourne, where they found cannabis and cash in excess of £2,000. A number of mobile phones were also found. A 26-year-old man was arrested on suspicion of being concerned in the supply of drugs.

All those who were arrested during the warrants have been bailed until Tuesday 10th January 2017 whilst Kent Police enquiries continue.