Series Of Local Burglary Arrests Made By Police 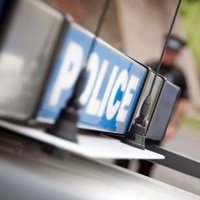 Kent Police were called at 6.36pm on Sunday (6th April) to reports of a burglary in progress at a property in Castle Road, Sittingbourne. Officers attended the scene and arrested a 17-year-old boy from Sittingbourne in connection with the incident. The boy, who cannot be named for legal reasons, was interviewed by detectives and later charged with burglary other than dwelling, robbery, theft from motor vehicle and five counts of shoplifting.

Detectives investigating the same report of robbery, in which a victim was assaulted and had a mobile phone taken in Tonge Road, Sittingbourne, on Saturday 4th April, have arrested a second man in connection with the incident. The 26-year-old man from Sittingbourne was also arrested in connection with a burglary other than dwelling in Church Road on 6th April, possession of drugs and two counts of shoplifting at the Co-op in Murston. He currently remains in police custody.

Detectives are urging residents to take some simple measures to protect their sheds and outbuildings to ensure they are not victims of crime:-
• Always put tools and equipment away - items left outside could be stolen or used to help a thief break in.
• Disable lawn mowers and other large machinery when not in use and chain items together to a solid anchor point.
• Record details of your property (make, model, serial number and identifying marks) and take photographs of items for easy identification.
• Use close shackle padlocks to secure sheds and install shed alarms and security lights.
• Register your valuables on the National Property Database www.immobilise.com.