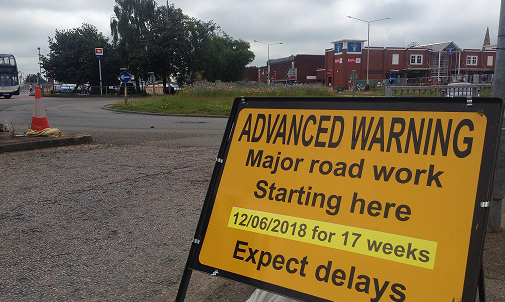 The major roadworks, for the town centre regeneration, have commenced and will be in place until late September / early October.

Vehicles under 11ft 9in (3.5m) and heading eastwards towards Teynham will still be able to use St Michael's Road, Dover Street, B2008 Milton Road, B2006 Eurolink Way and Crown Quay Lane.

Cars going west will be able to use St Michael's Road, Station Street and West Street.

The following roads will become two-way during this period, namely:-

Some restrictions may still apply outside the overnight working hours - so stay tuned to 106.9 SFM for the latest updates.