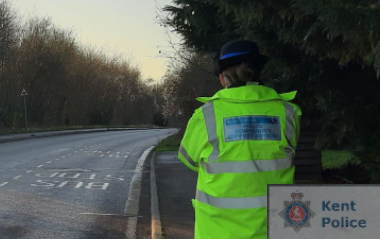 Kent Police have confirmed that patrols have been targetting speeding motorists in the Danaway and Chestnut Street areas, after residents raised road safety concerns.

In response, officers from the Swale Community Safety Unit completed speed checks on Monday (17th January). In total, eight vehicles were stopped and six people reported for driving in excess of the 30 mph limit. Two additional motorists were given words of advice about the manner of their driving and also for failing to update their driving licence with a current address.

Further checks were completed by police community support officers two days later and of the 70 vehicles that were observed, 22 were exceeding the speed limit and will be receiving warnings in the post.

Police Sergeant Carli Deacon told SFM News: "Residents have noticed an increase in vehicles using this area to avoid congestion caused by roadworks on the A249. They were concerned about the number of motorists who appeared to be driving dangerously and asked their local officers to take steps to improve safety for the elderly and children when crossing the road. Motorists should remember they have a responsibility to keep other road users safe. The enforcement this week should send a clear message to those who fail to slow down sufficiently, that the manner of their driving has consequences."