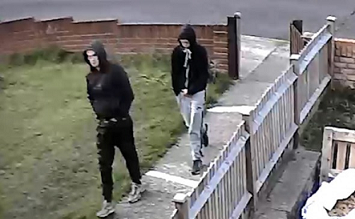 Having carried out various enquiries our officers have identified CCTV images of two men they would like to talk to in connection with the incident.