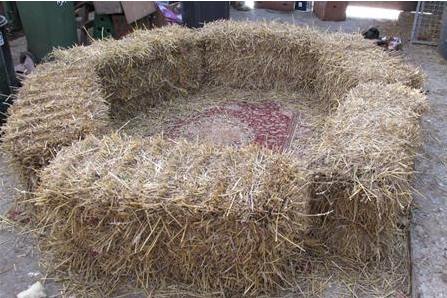 Three men have been arrested after Kent Police officers uncovered evidence of animal cruelty and cock-fighting during a raid at a farm in Iwade.

Officers executed a warrant under the Misuse of Drug Act yesterday (Monday 12th January) morning where up to 170 birds were found in a converted barn in Raspberry Hill Lane. A number of dead cockerels, which were found to have had their combs removed, were also found at the farm. Removing the comb is believed to be common practice in breeding birds for fighting.

A suspected fighting ring, known as a cockpit, was also found at the site and paraphernalia connected with the training of birds for fighting and veterinary drugs were discovered and seized.

Further searches of the farm uncovered about 100 wraps of a suspected Class A drug, which has been sent off for testing while a substantial quantity of cash was also seized. Officers, who had been working with partner agencies including the RSPCA, discovered a number of dogs on the site - several of which were suspected to have been stolen and checks are now being carried out to re-home them. A number of dogs were also seized on suspicion of welfare offences in breach of the Animal Welfare Act.

Police searches of suspected stolen vehicles on the site found a number of dead birds hidden in their boots, while it's believed the remains of a dead horse was found near the barn.
A 47-year-old man from Teynham and a 20-year-old man from Swanley were arrested on suspicion of animal cruelty, proceeds of crime, possession with intent to supply and a series of theft offences. A 21-year-old man from Upchurch was arrested on suspicion of supplying a controlled drug. All three men have been bailed utnil Wednesday 9th April pending further enquiries.

Detective Sergeant Pat Holmes, of Kent Police, told SFM News that "officers carrying out a drugs warrant made several grim discoveries at a farm in Iwade yesterday morning. While a significant haul of drugs was discovered, as well as a sizeable quantity of cash, countless dead birds were found on the site, suspected to have been involved in illegal cock-fighting. Officers also uncovered a barn fully stocked with live birds, which at this stage are believed to have been bred for fighting. Kent Police will work with the RSPCA to investigate further and also determine whether dogs and other animals found on the site are stolen or have been subjected to animal cruelty."