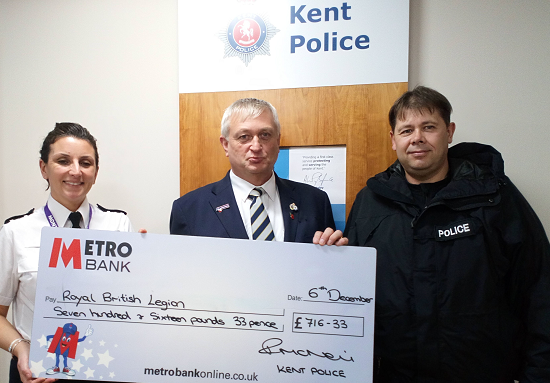 A charity has had a welcome financial boost following a Kent Police Fun Day earlier in the year here in Sittingbourne.

In September 2018 the Kent Police Recreation Association organised the family fun day which, due to 2018 being the centenary year of World War One, was themed throughout with activities including a trench experience and wartime victory live band. Two veterans from World War Two were also guests of honour at the event.

Chief Insp McNeil told SFM News: "the Royal British Legion is a fantastic charity which helps to support those who have fought for our country and I'm really pleased we were able to raise £716.33p for such a worthwhile cause. I hope that the money can help a lot of people who selflessly help others".