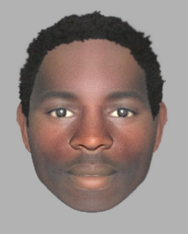 In the early hours of Sunday 22nd March, a 23-year-old woman was walking home through a car park on Dover Street when she noticed a man was following her a few steps behind. As she continued, the man got closer and then put his arm around her waist. The victim pushed him away but he came back several times and placed his hands on her waist and tried to usher her to the side of the car park. The woman resisted and when they reached the main road, she told him to leave her alone and he agreed, walking back in the direction of the town centre.

Investigating officer, PC James Harris of Kent Police, told SFM News "we are treating this as an isolated incident and have been carrying out a number of enquiries. I would encourage anybody walking home late at night to stick to well-lit, busy areas and to avoid shortcuts through isolated areas where possible. It is also important to be alert to what is around you and is therefore not advisable to be listening to music."

The man is described as black, between 20 and 25-years-old, about 5ft 3ins tall, with black hair and was wearing a white and grey hooded top, black jacket, black jeans and dark shoes.