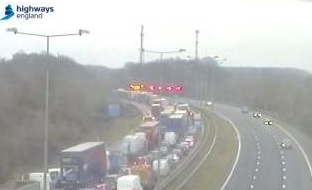 Officers from the Serious Collision Investigation Unit (SCIU) are investigating the incident and would like to hear from anyone who witnessed the collision, or saw either vehicle beforehand, or has dash cam footage which could assist enquiries.

The road was closed, in both directions, for most of the afternoon whilst investigation work was undertaken by the Kent Police SCIU.