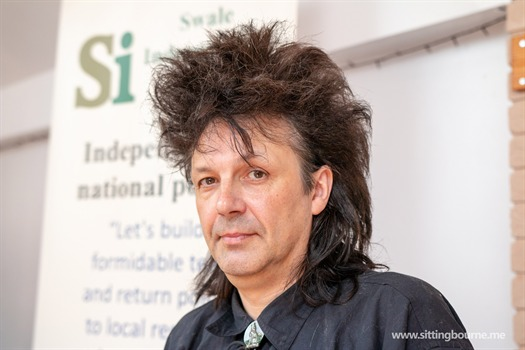 Cllr Baldock was elected at an extraordinary council meeting held last night (Wednesday 27th April) and he replaces Cllr Roger Truelove, who announced he was stepping down as leader last month.

Cllr Mike Baldock, told SFM News: “It is a great honour to be elected as leader of Swale, as I care deeply about the whole borough. Roger has set a very high standard to follow but he also showed that differing groups could work constructively together. The move towards a new committee system is an exciting opportunity to make sure that every elected councillor - regardless of party-affiliation, or location in the borough - can be genuinely involved in issues affecting their residents".

He went on to add: “We all have serious challenges ahead, and I believe the best way for us to approach them locally is by working together and making sure that our debates and decisions are fully informed and focussed on supporting local people and our local communities. I look forward to now working with my fellow councillors to drive forward further improvements across the whole borough.”

The Leader confirmed his deputy will be Cllr Monique Bonney, and the cabinet will be as follows:

More information can be found at: www.swale.gov.uk.