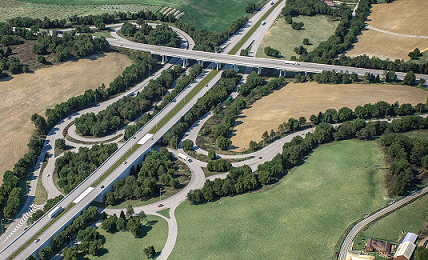 Gordon Henderson MP has welcomed the announcement by Highways England of their preferred option for a new M2 Junction 5 at Stockbury.

The new design, known as Option 4H1, benefits from a flyover, taking through traffic on the A249 over the existing roundabout. Work on the £85m scheme is set to start by March 2020.

Gordon told SFM News: "I opposed the previous design because it introduced more traffic lights to the junction and did not provide the through route for A249 traffic via a flyover. I have been lobbying government and Highways England for many months, as I know Kent County Council and others have, and I am delighted our voices have been heard. The long overdue improvements will be welcomed by the thousands who currently queue there each morning. The new junction will also address the safety issues at the existing roundabout and on the approaches on the A249. The area has one of the worse safety records on the road network."