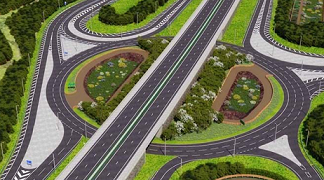 Highways England's South East Regional Director, Chris Welby-Everard, told SFM News: "improving the Stockbury Interchange will bring real benefits to drivers who use this junction daily, and it will improve the flow of traffic around this junction, providing a safer and more integrated network for everyone. I’d like to thank everyone for their engagement and contribution to the development of this scheme to date. We will now progress to the next phase, ready for work to begin in September.”

It is believed that the work would cost in the region of £92M. The existing roundabout will be replaced with a flyover, to provide free-flowing movement on the A249 and two new slip roads will be created with a left-turn for traffic travelling from the A249 southbound to the M2 London-bound and a left turn from the A249 Sheppey-bound to the M2 coastbound.

The main construction work is expected to start in September, with preparation works taking place beforehand.