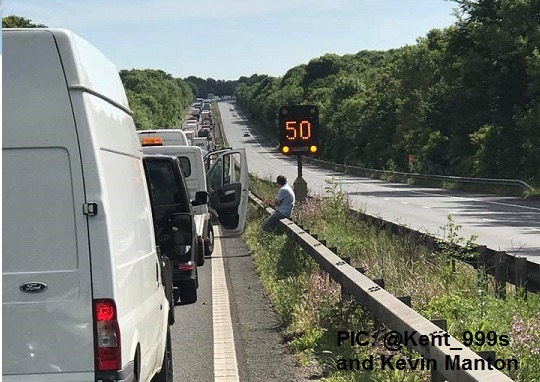 It is the second time this week that that particular stretch of the M2 motorway has been closed. It was closed for more than six hours on Wednesday (14th June) after a crash involving a car transporter and two lorries.