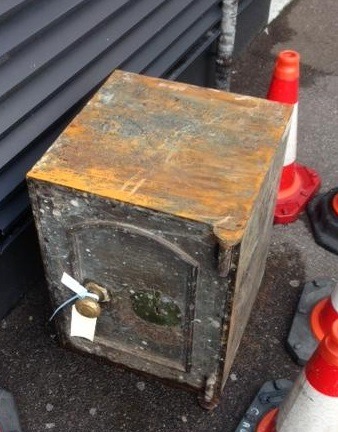 A 22-year-old man from Sittingbourne was arrested hours later on suspicion of theft and bailed pending further investigation until Tuesday 27th August.

Investigating officer, DC Bill Looker, told SFM News: "We have reason to believe this safe was stolen before it was dumped and we're looking for any information to help us establish the circumstances surround the theft to help us locate its owner. I'd ask anybody with information to call me directly on 01474 366042, or alternatively they can call Kent Crimestoppers free (from any landline) and anonimously on 0800 55 5111."