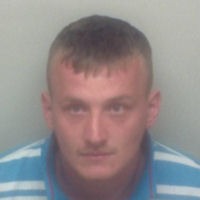 Adrian Gowers, 48, of Langdale Close in Gillingham, Desmond Schwartz, 39, of Corton Close in Stevenage and Darren Tyrrell, 24, of Thomas Road, Murston, Sittingbourne all pleaded guilty on 20th December 2012 at Maidstone Crown Court. The men travelled in two vehicles, a stolen Fiat Ducato and a Vauxhall Vectra which was owned by Schwartz from Lordswood in Kent to the Bedfont area of West London just south of Heathrow, with the intention of stealing computer chips from the transport company. They spent several hours in Bedfont awaiting the load's arrival. Once it did arrive and was unloaded, the offenders drove into the yard and loaded some of the pallets into the stolen Ducato and then drove off.

They were arrested shortly after the theft by Kent Police officers who had been investigating the stolen vehicle. The Ducato had been stolen in Kent on 10 September and fitted with cloned number plates. Officers from the Kent and Essex Serious Crime Directorate conducted a thorough investigation, confiscating six mobile phones and establishing that Adrian Gowers first visited the Bedfont area on 25th August 2012. On 10th September, the white Fiat Ducato van was stolen from Borden in Sittingbourne. On 13th September, the two vehicles left the Lordswood, area in convoy at around 9.20am. Both vehicles arrived at an area just south of Heathrow at just after 11am. The men then spent several hours in the area. Both vehicles were then driven to Parkland Road in Ashford, Middlesex where the Vauxhall Vectra was then left.

The number plates were again changed on the Fiat Ducato before Gowers, Schwartz and Tyrrell approached the lorry park at around 5.10pm and parked next to a stacked pallet load of computer chips, which were awaiting collection to be transported to Holland. Whilst one remained in the driving seat, two men exited the vehicle and were seen to try and load the pallet in its entirety into the Ducato. When this failed, they slashed the wrappings of the pallet to unload individual boxes. They were then disturbed and challenged by an employee of the yard and they left at speed in the Ducato. The Ducato was abandoned in Feltham, having had its number plate changed again, and Gowers, Schwartz and Tyrrell walked to Parkland Road where they got into the parked Vauxhall Vectra. Schwartz then drove them away from the area.

The Vauxhall Vectra, now being followed by police, was forcibly stopped by Kent & Essex Serious Crime Directorate officers on the A30 at the junction with Blacknest Road in Surrey. The men were arrested and taken into custody at Medway Police Station. A car key was recovered from the back seat of the Vectra which was then used by officers to unlock the abandoned Fiat Ducato. Boxes of computer chips were recovered from the rear of the Ducato and established to be worth around £1.9m.

Today (Monday 18th March), Gowers was sentenced to five years and three months in prison, while Schwartz and Tyrell were each given custodial sentences of three years and nine months.