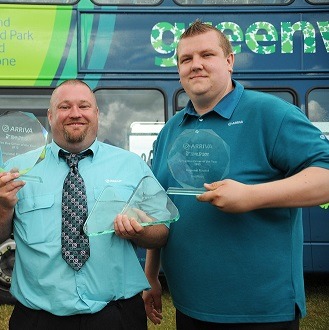 Top marks were awarded to Philip Kennedy from Sheerness who also won £1,000, closely followed by his colleague Daniel Purchase with a £500 prize.

Arriva's Regional Publicity Manager, Richard Lewis, told SFM News "the competition is an opportunity for our drivers to display their driving skills to friends, families and members of the public in a prestigious competition that has been supported by the bus industry for many years. We would like to thank our other contestants for taking part and hope that our local winners will do well at the national final in September."