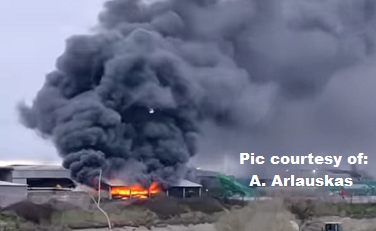 The KFRS confirmed that they were called to the fire at the Sweeep Kuusakoski centre on Gas Road at around 08:40am this morning (Sunday 27th December).

Three fire engines were initially sent to the scene and crews are continuing their work to extinguish the fire.

Sweeep's Commercial Manager, Justin Greenaway,​ confirmed to SFM News that "the fire had taken place in a bunker of waste electronics material" at the premises.