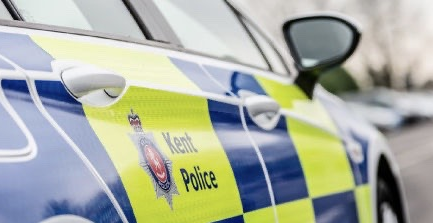 The police helicopter, drone and dog unit successfully assisted officers from the Rural Task Force to locate a man who reportedly made off from police in Sittingbourne.

Officers were patrolling Chestnut Street, Borden shortly before 5pm on Saturday (20th November) when they noticed a suspicious vehicle. As it came to a stop the officers got out and approached the van at which point it is said the suspect vehicle rammed the police car four times. The driver then made off on foot into a nearby woods.

The police helicopter, drone and dog unit were used to search for the suspect and he was located nearby and arrested.

A man in his forties was arrested on suspicion of failing to stop for police, theft of a motor vehicle, theft, dangerous driving, going equipped and assaulting an emergency worker.

He has been released on police bail pending further investigation.

END_OF_DOCUMENT_TOKEN_TO_BE_REPLACED

Location : The A2 eastbound between the junctions with the M2 and the A28
Reason : Emergency roadworks
Status : Currently Active
Period : from 18:21 on 8 August 2022 to 23:59 on 8 August 2022
Lane Closures : Lane one is closed
Lanes Closed : There is one of two lanes closed