Grounds Maintenance Contract To Be Discussed 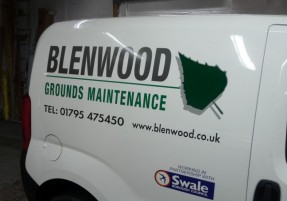 Councillors are being asked to approve a £1.48 million contract to maintain and improve Swale’s green spaces.

After holding the contract since 2007, Blenwood Ltd re-tendered for the contract and were found to be the most financially viable option.

If approved, the contractor could be awarded the five-year contract when the current contract ends in January 2022.

Cllr Julian Saunders, cabinet member for environment at Swale, told SFM News: “We have more than 600 sites across Swale totalling almost 2 million square metres that need regular maintenance all year round. The grounds maintenance contract is one of our largest services and includes cutting grass, managing hedges, providing sports pitches and removing litter from our country parks, recreation grounds and play areas. When reviewing the contract, we wanted to make sure that we were getting a service that supports our commitment to the climate and ecological emergency, improved litter management and provided better local employment conditions.”

Cllr Eddie Thomas, deputy cabinet member for environment at the council, added: “The tender included a commitment from the successful contractor to pay a real living wage, reduce pesticides, increase biodiversity, introduce electric vehicles and equipment, and provide litter clearance seven days a week. We are lucky enough to have such a huge number of green spaces, parks and beaches in Swale, and with that comes a responsibility on our contractors to maintain a safe space for everybody to enjoy.”

The grounds maintenance contract will be discussed the next council cabinet meeting on Wednesday 22nd September at Swale House.

The meeting agenda and full report can be found here.