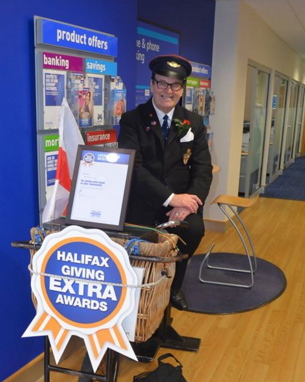 Sittingbourne's very own 'Whistling Postman', Dale Howting, has won yet another award for his tireless fundraising work.

Dale famously now cycles on a static bike in the middle of the high street (at the entrance to Roman Square) from 8am every single day creating a fantastic community spirit here in the centre of Sittingbourne.

Dale has won the Halifax Bank's Kent 'Giving Extra Community Award' and has already raised £686 during January making a total of £1,506 for the current year. His total fund has now reached over £260,500.

Well done Dale from everyone here at SFM Towers!