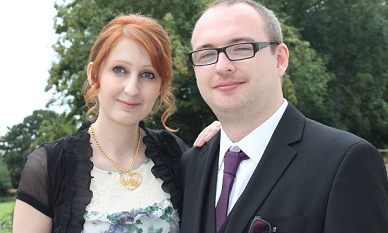 "Tom was a kind and gentle man, and a great, loyal and dependable friend to so many, son to Pam and Steve, brother to James and partner to Chloe, the love of his life. Tom was adored by his nephew, with whom he would always ‘high five' and was a much loved grandson. He was always sensitive to the needs of others and was very much aware of the effect his actions would have. Tom was a very private and modest person. He was great to be with, funny and could hold an intelligent conversation on just about anything.'

Chloe also added that ‘Tom was her everything'.

Tom was a student at Borden Grammar School in Sittingbourne and worked at Aesica Pharmaceuticals in Queenborough.

Following the incident officers arrested a 62-year-old man from the Netherlands who was arrested on suspicion of causing death by dangerous driving. He has since been released, pending further enquiries.

Officers from the Serious Collison Investigation Unit (SCIU) are still appealing for any people who witnessed the collision, or who saw Mr Field or the lorry beforehand, and who have not yet spoken to officers to get in touch.

If you can help please call the SCIU at Kent Police Headquarters in Maidstone on 01622 798538 quoting SCIU/MS/035/18. Alternatively ypou can email: sciu.td@kent.pnn.police.uk.