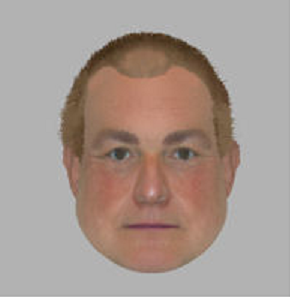 Police have released a computerised image of a man they are keen to speak with in relation to a sexual assault in the Sittingbourne area.

The incident occurred in Meeres Court Lane on the Great East Hall Estate at around 6.15pm on Friday 14th June, when a 42-year-old woman was walking her dog and noticed a man walking past her. It is then reported that as she walked a little furthershe was pushed to the ground and sexually assaulted.

The suspect is described as being white, 45 to 55-years-old and around 6ft tall. He was of medium build, had ‘a big belly' and mousey brown hair which was receding. He had a musty odour and a black thumb nail. He wore a white short sleeved T-shirt, blue tracksuit bottoms with a stripe.

Detective Sergeant Darryll Paulson, who is investigating the incident, told SFM News "we are keen to hear from anyone who may be able to identify the man in the image, as we would like to interview him in connection with this incident. I would appeal to local people in the area to use their social media accounts to retweet and share the Kent Police appeal which is on our website and has appeared on the forces social networking sites as well".

If you can help police identify the man in the e-fit, or have any information about this crime, you can contact Kent Police directly on 01634 792210. Alternatively you can also contact Kent Crimstoppers, free (from any landline) and anonimously on 0800 555 111.