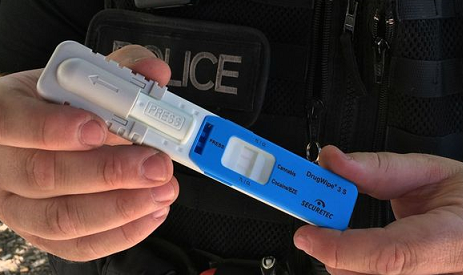 A drug driving arrest was made following a recent morning of traffic checks carried out in the Sittingbourne area by the Kent Special Constabulary.

The Special Constables carried out routine safety checks on vehicles travelling in the Chestnut Street area on Tuesday (4th September) mornings and as a result a 38-year-old woman from Sheerness was arrested on suspicion of driving under the influence of a controlled drug. She has since been released, pending further enquiries.

The vehicle being driven was also believed to have been uninsured and has also been seized. In addition to this arrest 10 speeding tickets were issued to drivers exceeding the 30mph limit. The highest speed being recorded as 48mph.

A Special Constable is an unpaid volunteer who gives up at least 16 hours of their own time every month supporting regular police officers. They have full police powers, wear a uniform and carry standard-issue police equipment.