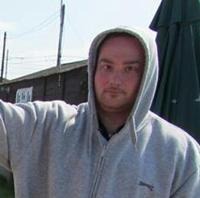 Officers were called at just before 6am on Wednesday (7th August) to Warden Bay Road in Leysdown after a body was found on the beach between Little Groves caravan site and Isle of Sheppey Holiday Village. A post mortem examination concluded that the man, identified today as 34 year-old Gary Pocock, died of significant head injuries.

A third person, a 29-year-old-man from London, was arrested earlier today (Friday 9th August) and is currently being questioned by detectives.

A 44 year-old man and a 43 year-old woman arrested in connection with the offence have been released from custody without charge.

Detective Chief Inspector Jon Clayden, from the Kent and Essex Serious Crime Directorate, is eading the investigation and told SFM News "We have released this photo of Mr Pocock in the hope that it might jog memories, and that someone might have seen him in the days and hours leading up to his death and may have information that can help us. We continue to run an incident room out of Warden Bay Village Hall, so I would welcome the opportunity to speak to anyone who has information, or who saw Gary prior to his death."

Anyone with any information, is being urged to speak to officers in person at Warden Bay Village Hall, Warden Bay Road, Leysdown between 08:00 - 18:00 or they can call 101 quoting CAD 07-0167. Alternatively they can call Kent Crimestoppers free (from any landline) and anonymously on 0800 555 111.