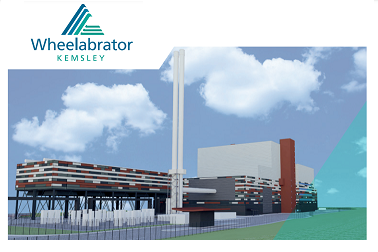 The High Court has rejected an appeal by Wheelabrator to overturn a decision by the Secretary of State for Business, Energy and Industrial Strategy (BEIS) to refuse permission for its new Kemsley North energy from waste (EfW) plant here in Sittingbourne.

Welcoming the decision, Cllr Tim Valentine, cabinet member for the climate and ecological emergency at Swale Borough Council, told SFM News: “Whilst incinerating waste with energy recovery forms an important part of the waste strategy, we must recognise that it low in the hierarchy. It is much better to produce less waste in the first place and recycle more of the waste that does arise. In Swale we are working to divert more food waste from the general waste bins. Collected separately, food waste goes to an anaerobic digester which feeds methane into the national gas grid and produces a fuel conditioner used in local agriculture.”

The Court ruled (on Friday 8th October) that the extra capacity of the proposed plant is not required under Kent County Council’s revised Minerals and Waste Local Plan and could have provided a disincentive to recycle more waste.

Wheelabrator, which has been acquired by First Sentier Investors and rebranded ‘enfinium’ — was granted permission to increase the capacity of its Kemsley K3 plant to process an additional 107,000 tonnes of waste per year, giving a maximum capacity of 657,000 tonnes.