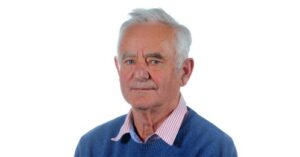 The Leader of Swale Council, Cllr Roger Truelove (Labour) is urging the government to introduce public health measures to deal with the winter threat of COVID-19 and other respiratory illnesses as soon as possible.

Speaking to SFM News Cllr Roger Truelove said: “Though Swale is now one of the least infected parts of the country, rates are rising, across the country deaths are too high and there is growing pressure on the NHS, which risks other serious acute conditions being delayed for treatment. We all understand that there is a balance to be found with the economy and individual hopes of normality, but there are measures that ought to be introduced that do not affect these considerations to the same extent that growing rates of illness will do. It is no good government just saying “get your booster. There is a strong body of opinion that there has been too much delay hitherto, especially at this time last year. I do not understand the motive for this, especially when both public health and scientific advice is calling for urgency.”