CCTV Released As Part Of An Assault Investigation 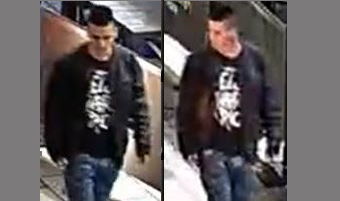 Investigating officer PC Harry Lewis of Swale’s Local Policing Unit told SFM News: "Since the allegations were made we have been exploring several lines of enquiry, including the review of any potential CCTV opportunities. We are now looking to identity and speak to the man in these images."

Alternatively you can contact Crimestoppers frr and anonymously on 0800 555 111, or by using the online form at: https://crimestoppers-uk.org/give-information/forms/pre-form

END_OF_DOCUMENT_TOKEN_TO_BE_REPLACED

Location : The A2 eastbound between the junctions with the M2 and the A28
Reason : Emergency roadworks
Status : Currently Active
Period : from 18:21 on 8 August 2022 to 23:59 on 8 August 2022
Lane Closures : Lane one is closed
Lanes Closed : There is one of two lanes closed