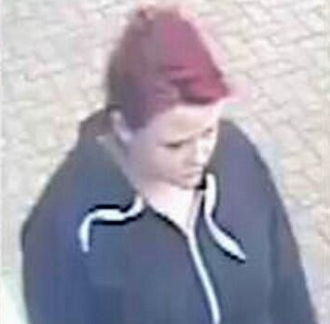 The suspect is described as being a woman, aged between 20 and 25-years-old of heavy build with red hair in a ponytail. She wore a black tracksuit and flip flops.

If you can help police with this investigation, please contact the Sittingbourne neighbourhood team on 01795 419116. An answerphone is in operation outside office hours. Alternatively you can contact Kent CrimeStoppers free (from any landline) and anonimously on 0800 555111, quoting reference XY/018688/13.