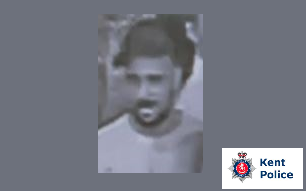 Anyone with information is asked to call Kent Police on 01795 419119 quoting reference 46/127711/22 or, alternatively, they can call Crimestoppers free and anonymously on 0800 555 111 or complete the online form on their website:- https://crimestoppers-uk.org/give-information/forms/give-information-ano....