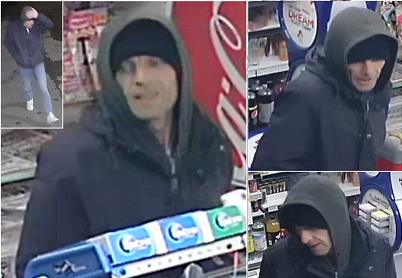 Investigating officers have released CCTV images of a man they would like to speak with following a burglary at a home in Iwade earlier this year.

The image has been released following a report that a man entered the kitchen of a home in Sheerstone in January and stole a purse. A card that was inside the purse was later used at a newsagent.

Following multiple enquiries officers have identified a man who they believe might have information on the stolen card.