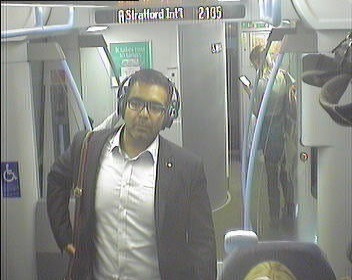 At approximately 9.30pm, a woman, aged 20, joined the Southeastern service at St Pancras, heading towards Dover Priory. A man, who was unknown to the victim, also joined the train at St Pancras and sat opposite the victim.

The man appeared to be intoxicated and started talking with the victim. He began making inappropriate comments to her and then moved to sit next the victim. He sexually assaulted her by attempting to kiss her whilst holding her hands.

The offender then left the train at Ebbsfleet International.

Detectives believe the man shown in the CCTV images may be able to help them investigate.