Appeal After 'Hit-And-Run' Collision In Rainham 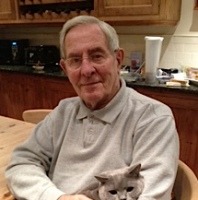 On Friday evening (11th April) Thomas Davis had attended the annual dinner of the Polhill cycling club in Upchurch. At around 11:20pm he was dropped off outside the Premier Inn on the A2, London Road in Rainham (at the junction with Maidstone Road). He crossed the road from the Sittingbourne-bound side towards the Premier Inn. As he reached the Gillingham-bound side of the road he was in collision with a vehicle which failed to stop at the scene. It is believed the car may have been a silver Peugeot.

The police and the emergency services were called and Mr Davis was taken to hospital. He suffered multiple, serious injuries and his condition is currently described as being critical. His grandaughter, Nicole Sawhney, who has been at his bedside daily, told SFM News: "Tom is an active cyclist, he lives in Lincoln but he used to live in Gillingham where he established the Polhill Cycling Club. He lives a very active life and whenever the sun is shining he goes out on his bike. He is the main carer for my Nan and this has come as such a shock to us all. He has serious injuries. Nine of his ribs are broken and his lungs are bruised. This means he is struggling to get enough oxygen. He has fractures to his vertebrae and bleeds on his brain. We are under no illusions and know he has a lot to battle through."

Kent Police Roads Policing Inspector, Martin Stevens, is continuing to appeal for witnesses to come forward. He told SFM News: "our investigation is continuing and we are attempting to locate the driver of the vehicle. The road is a busy one and we are confident that there would have been people and motorists in the area at the time of the collision. Did you see a vehicle either acting suspiciously or driving at speed at around the time of the collision? Were you driving along the A2 in Medway before or after the incident occurred? Do you have a dashboard camera that may have captured the vehicle at some stage that night? A man's life is in the balance and we owe it to him and his family to find out exactly how this serious collision occurred. Mr Davis is a father, grandfather and great grandfather, how would you feel if someone treated your family member this way? Someone out there knows what happened. Someone knows who was driving that car and I urge them to do the right thing and contact us."

Anyone who has information is asked to contact the Serious Collision Investigation Unit directly on 01622 798538 or alternatively they can contact Crimestoppers free (from any landline) and anonimously on 0800 555 11.