A249 Set To Re-open Tomorrow 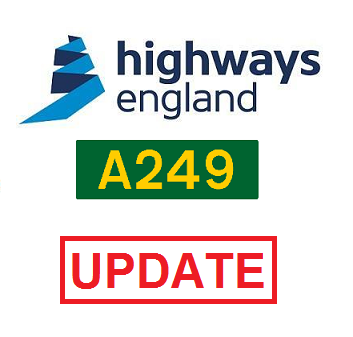 The northbound carriageway has had temporary restrictions since the water main underneath the road burst on Monday 11th January, leaving a large void beneath the road. Following the completion of detailed work to assess and repair the damage, final work to remove the restrictions and resurface a damaged section of the slip road will be carried out tonight and the main carriageway will re-open in time for the peak period tomorrow morning.

The northbound exit slip road at the Bobbing junction will remain closed for a further day and is expected to re-open on Saturday. A clearly signed diversion remains in place directing drivers to the B2005 junction, where they can turn round and approach Bobbing via the southbound A249.

During tonight's work, from 8pm, the northbound A249 will be closed between the A2 and the Bobbing junction with traffic diverted onto the Sheppey Way.