This Year's Carnival Court Is Selected 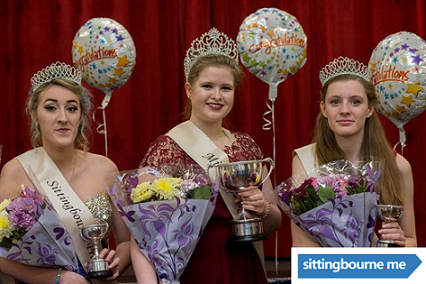 Sittingbourne's new Carnival Court for 2017 was selected on Saturday (11th March) evening at the Woodcoombe Sports and Social Club in Murston.

The evening started with private interviews of the four applicants with the judges, followed by the contestants then speaking publically on stage to the audience, which consisted of their families, friends and visiting carnival courts from around Kent.

After the 2016 Court said their goodbyes the new court was announced:-

The judges this year were Mrs Georgina Wadey, Chairman of the Carnival Court of Kent, Miss Laura Petch (former Miss Sittingbourne 2012) and Mr Terry West, President of the Teynham Carnival Association. The Adjudicator was Mrs. Marion Pearce, Chairman of the Miss Ramsgate Organisation.