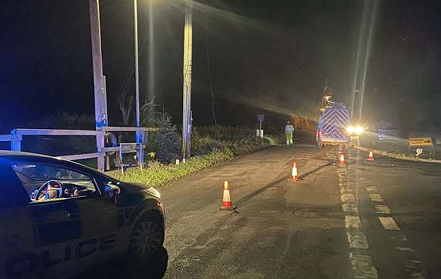 The spokesman went on to say: "our engineers had to safely repair the pole which meant that they had to temporarily interrupt power to 28 customers but their supplies were restored by 11.20pm".