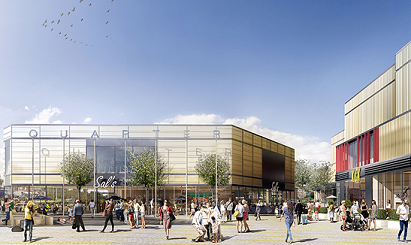 Plans for the £46m regeneration of Sittingbourne have taken a step forward today with the announcement that building work on the new seven screen cinema should begin in the spring of 2016.

It is hoped that the first films will be screened in the summer of 2017, which would also includes the completion of a 308 space multi-storey car park and new traffic management flows - generating more than 700 jobs in the Sittingbourne area.

Cllr Andrew Bowles, the Leader of Swale Borough Council, told SFM News: "This is an important step in delivering the regeneration of the town centre that we have all been waiting for. The cinema underpins the whole development, so having this agreement is great news and we look forward to announcing the operator and the associated retail and restaurants that will be opening in the town, when the final terms are agreed."