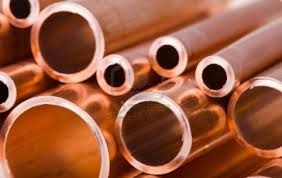 A Sheppey teen has been jailed for 13 months for eight burglaries of Sittingbourne properties.

Bill Willett, 19, of Queensway, Sheerness, admitted eight counts of burglary for stealing copper from a number of flats on Attlee Way in Sittingbourne.

Willett, who was 18 when he committed the offences between 15th-18th May 2012, ripped copper water tanks and piping out of the walls of the properties, which were unoccupied at the time of burglaries, in Wyllie Court.

He was jailed for the offences at Maidstone Crown Court on 12th April.

Kent Police officers attending the scene found forensic evidence that included a footprint they later traced to one of Willett's trainers after viewing CCTV taken from a scrap metal dealer showed him unloading copper tanks and handing them over to be sold.

Investigating officer, Detective Constable Iain Joyce of Kent Police, told SFM News "burglary of properties other than dwellings is sometimes thought of as a victimless crime - but they cost owners a lot of money and worry. We [Kent Police] will not tolerate offenders thinking they have the right to take anything that doesn't belong to them and we will continue to crack down on thefts of metal.
Willett was linked to this crime by evidence he left behind at the scene and hopefully now he'll have the chance to reflect on his actions behind bars".