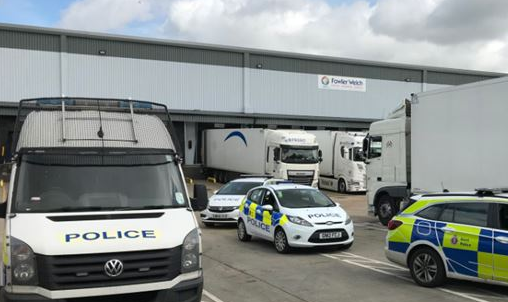 Kent Police have confirmed that they were called to "a report that people were believed to be in a lorry in London Road, Teynham" at 11.58am this morning (Thursday 17th August).

On attendance they discovered 10 suspected illegal immigrants in the back of a lorry at the Fowler Welch chilled fruit distribution depot.

The group has since been handed over to the UK Border Agency for processing by the Home Office.